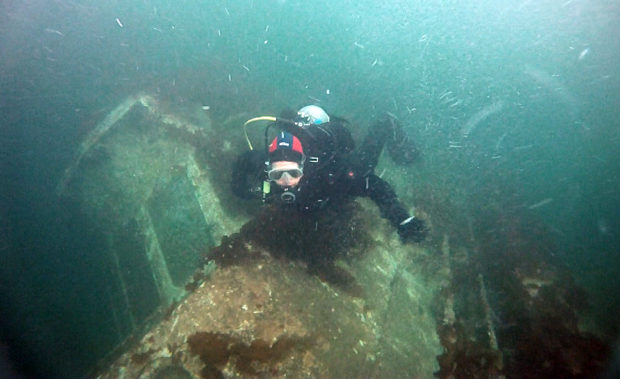 A seizure is a sudden surge in electrical activity of the brain that alters how an individual feels or acts for a short period of time.  In a classic ‘grand mal’ seizure a person looses consciousness, all of their muscles contract for up to a minute, they jerk for a few more minutes followed by a period of complete relaxation of the muscles.  During this period they often loose control of their bladder and wet themselves.  They regain consciousness a few minutes later but are typically very confused for the next 20 to 30 minutes.

Sometimes the surge in electrical activity of the brain is confined to a small area and the person experiences less severe symptoms.  In a ‘petit mal’ seizure the person loses consciousness for only a few seconds and then carries on as if nothing has happened (more common in children).  A psychomotor seizure is associated with a series of repetitive bizarre movements which serve no useful purpose and which the person cannot remember afterwards.  Autonomic seizures involve unusual periods of flushing, pallor, raised blood pressure, rapid heart rate, etc.  There are literally hundreds of other presentations that seizures can have and in these cases, fitness to dive will depend on the exact nature of the person’s seizures.

Some fortunate individuals develop relatively mild symptoms before they progress to a full-blown seizure.  This may or may not allow them to get to a ‘safe place’ before the main seizure occurs.  Unfortunately, grand mal seizures without warning are quite common and the rest of this discussion will be limited to individuals with this problem.

All seizures (loss of consciousness, convulsions) are not due to epilepsy.  A partial list includes high core temperature (febrile convulsions), fainting, oxygen toxicity, hypoxia, alcohol abuse, etc.  If a cause can be determined, the diving significance will depend on the cause (can it be avoided or removed).  Seizures due to a high fever before the age of five are NOT associated with an increased risk of seizures later in life and are NOT a contraindication to diving.

Epilepsy is a seizure disorder in which the person has had at least two seizures and is at increased risk of having more.  Epilepsy can be related to a family history (genetic problem), a previous significant brain injury, infection or bleeding (concussion and loss of consciousness for less than five minutes are not associated with epilepsy), tumor, stroke, or Alzheimer’s disease (late in the illness), cocaine abuse, etc., but more than 50 per cent of the time there is no known cause.   With a significant brain injury, the seizures often do not start until several months after the injury.  If a father has epilepsy, the risk in their children is slightly increased.  If a mother has epilepsy, the risk in their children is doubled.  If both parents have epilepsy the risk is further increased to around 5 per cent.  A diagnosis of epilepsy does not imply anything about the cause or the seriousness of the person’s seizures.

Seizures are very common and up to 5 per cent of people will experience at least one convulsion in their life.  Approximately 50 per cent of these people will experience a second seizure (usually within six months) and at least 80 per cent of people who have had two seizures will have a third.  Your risk of having a seizure declines the longer it has been since your last seizure and after five years your risk is approximately the same as someone who has never had a seizure.

Factors that are known to increase the probability of a person having a seizure include not taking your seizure preventing drugs (duh), lack of sleep, illness, severe psychological stress, alcohol abuse, cocaine, ecstasy and other recreational drugs, vitamin and mineral deficiencies, the menstrual cycle, and over the counter or prescription meds or supplements that decrease the effectiveness of seizure preventing drugs.  Bright flashing lights (helicopter blades, trees beside a highway, light on water) can also trigger a seizure in sensitive people.

After a person has been on anticonvulsive drugs for one to two years without experiencing a seizure, their physician will sometimes suggest stopping the medications.  However, approximately 30 per cent of children and up to 65 per cent of adults will experience a seizure during the two years after they stop their medications.

It should be fairly obvious that anyone with a risk of suddenly loosing consciousness should not dive but there are other concerns as well.  If a diver experiences a seizure underwater, they will initially be holding their breath.  If they are positively buoyant or a well-meaning buddy takes them to the surface while they are not breathing, they will suffer pulmonary barotrauma and arterial gas embolism and most likely die.  After the phase of muscle contractions, they usually relax and start to breathe but they are still unconscious.  Aspiration of seawater and drowning are highly probable during this stage.  When they eventually regain consciousness, they will be very confused and almost certainly will not be able to take care of themselves underwater, nor to make the correct decisions to survive.  In addition, anyone who experiences a seizure while diving puts their buddy at risk when the buddy tries to help them.

In addition, virtually every drug used to prevent seizures in someone with epilepsy has a sedative effect on the brain.  Narcosis also has a sedative effect on the brain and these effects will almost certainly combine.  Therefore a person with epilepsy might experience a level of narcosis expected at 130 fsw (40 msw) at only 65 fsw (20 msw).  In addition, the effect of pressure on the drugs used to treat epilepsy is completely unknown.  They might become toxic or they might loose their effect when the person is diving.  Therefore, an excellent argument can be made that no one who takes drugs to control their epilepsy should dive.  When a person with epilepsy stops their medications, they have a very high risk (up to 65 per cent) of having a seizure in the next two years so they should definitely not dive during this time period.  Their risk of having a seizure continues to decline for up to five years after the last seizure or after they stop medications and therefore some agencies recommend they not dive for five years.

There are many factors in diving that might cause a person to have a seizure.  Flickering lights, hypo or hyperventilation and sensory deprivation all increase the risk of a seizure.  Increased partial pressures of oxygen are known to increase the risk of seizures and oxygen seizures are often used in animal research to simulate epilepsy.  The U.K. Sport Diving Medical Committee states that people with epilepsy are not more likely to convulse due to elevated partial pressures of oxygen while diving but they do not reference this statement.  I could find no data to support this statement and intuitively it is highly unlikely to be true.  Therefore it seems most probable to me that an individual who has a seizure disorder will be even more likely to suffer a seizure if they are exposed to elevated partial pressures of oxygen.

Even if no one with epilepsy dived, some individuals will experience their first seizure while diving.  The best advice I can find for their dive buddy is to attempt to hold the person’s regulator in their mouth and maintain them at a constant depth while they are seizing.  After they relax they will start to breathe.  Continue to hold their regulator in their mouth, keep their head in a neutral position and ascend slowly to the surface.  They will need to be removed from the water, have their gear removed, and kept in a recovery position (on their side) until they regain consciousness.  Medical help should be sought as quickly as possible.

The general medical opinion is that anyone with epilepsy should not dive.  My personal position is that a person who has been seizure free and off all medication for more than two years is a reasonable risk for recreational diving even though their risk of having another seizure will be slightly increased for up to five years.  They should not dive nitrox, nor should they dive deeper than 100 fsw (30 msw) until five years have passed.  A mature person who has been seizure free for at least two years and who is experiencing no side effects from their medications is a reasonable risk to dive recreationally to a maximum depth of 50 fsw (15 msw).  They should only dive in warm, clear water and also should not dive nitrox.

An excellent source of general information on epilepsy is www.epilepsy.com.

30 Responses to “Epilepsy/Seizures and Diving”

Shake Up Your Environment

By Divers Alert Network Dive sites are never constant. From currents to water temperature to depth, environmental variables can offer unique challenges and adventures. But before you embark on …

For 40 years, DAN has played a critical role in the dive industry, championing diver safety, research and emergency preparedness. At this year’s DEMA show, DAN will be reaching …

Divers Alert Network and Rolex are pleased to announce that Richard Moon, M.D., has been selected as the 2021 DAN/Rolex Diver of the Year. The award was presented at a …