Back on Bonaire: Rediscovering Diver’s Paradise as a Father 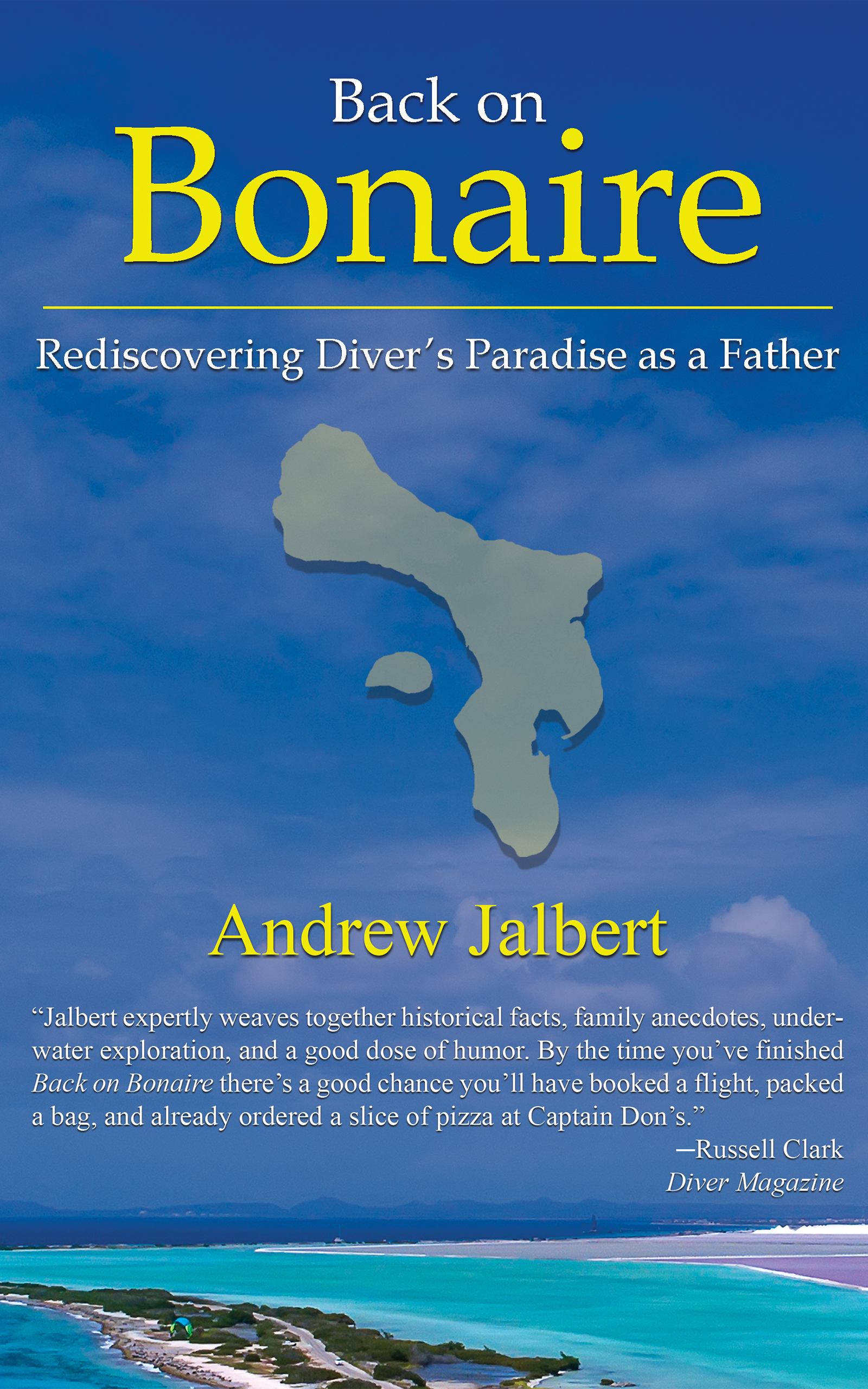 “I shouldn’t have put the snake I’d captured into the pocket of my Toughskins blue jeans.”  From the first line of his book, Back on Bonaire: Rediscovering Diver’s Paradise as a Father, author Andrew Jalbert paints a picture of chasing adventure, even as a child. He writes, “As is so often the case with the dreams we had when we were young, most are slowly eroded away by time, circumstance, or reason until their remnants are so faint, we don’t seriously consider chasing after them anymore.” Not so for Jalbert, who – still itching for adventure as a young adult – decided to study archaeology and begin scuba training.

It was his involvement in scuba diving that led him to the island of Bonaire. With its protected nearshore reef system, gem-clear seas, and sweeping conservation efforts, Bonaire has earned the title it boasts on its license plates: Diver’s Paradise. For Jalbert, who first visited in the early 1990s, there was a draw to the island that was hard to shake. He returned regularly over the next twenty-five years in a variety of capacities: as a scuba instructor, a dive guide, a sun-starved vacationer, and a writer/photographer. What he hadn’t expected at 43 years old, however, was to return as a new father.

Part biography, part guide to Bonaire, and part insight into fatherhood, Jalbert expertly weaves together historical facts, family anecdotes, underwater exploration, and a good dose of humor. The book isn’t just for divers, or fathers, or travelers. It’s for people who enjoy learning about the experiences of others, and seeing the world through their eyes. By the time you’ve finished ‘Back on Bonaire’ there’s a good chance you’ll have booked a flight, packed a bag, and already ordered a slice of pizza at Captain Don’s. One thing is for sure, you would have thoroughly enjoyed Andrew Jalbert’s story and will be eager to write your own. As Women Divers Hall of Fame member and conservation author Dee Scarr writes, “Jalbert uses the same words all the rest of us do, but he puts them together in entertaining (and even painlessly educational) ways.  Give yourself some time when you begin his book, because once you read the first line you won’t want to put it down.”

One Response to “Back on Bonaire: Rediscovering Diver’s Paradise as a Father”

Diver Ian Churchill puts his artistic talents to the test with MARINEMAN, a new superhero whose underwater exploits showcase diving and the ocean environment. Can Dr. Steve Ocean save …