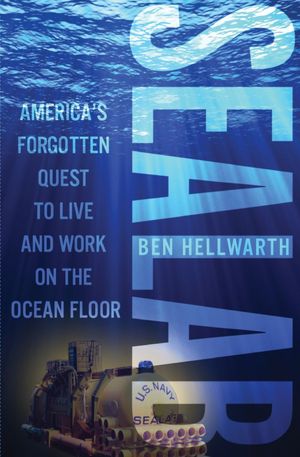 SEALAB is the Right Stuff for inner space, a story of how a U.S. Navy program sought to develop the marine equivalent of the space station and in the process forever changed man’s relationship to the sea.

While NASA was trying to put a man on the moon, the U.S. Navy launched a series of daring experiments to prove that divers could live and work from a seafloor base. When the first underwater “habitat” called Sealab was tested in the early 1960s, conventional dives had strict depth limits and lasted for only minutes, not the hours and even days that the visionaries behind Sealab wanted to achieve—for purposes of exploration, scientific research, and to recover submarines and aircraft that had sunk along the continental shelf.

The unlikely father of Sealab, George Bond, was a colourful former country doctor who joined the Navy later in life and became obsessed with these unanswered questions: How long can a diver stay underwater? How deep can a diver go?

Sealab never received the attention it deserved, yet the program inspired explorers like Jacques Cousteau, broke age-old depth barriers, and revolutionized deep-sea diving by demonstrating that living on the seabed was not science fiction. Today commercial oil rig divers and Navy divers engaged in classified missions rely on methods pioneered during Sealab.

Sealab is a true story of discovery by heroic men unafraid to test the limits of physical endurance to conquer a hostile undersea frontier. It is also a story of frustration and a government unwilling to take the same risks underwater that it did in space.

Ben Hellwarth, a veteran journalist, interviewed many surviving participants from the three Sealab experiments and conducted extensive documentary research to write the first comprehensive account of one of the most important and least known experiments in U.S. history. His compelling narrative covers the story from its scrappy origins in Dr. Bond’s Navy laboratory, through harrowing close calls, historic triumphs, and the mysterious tragedy that brought about the end of Sealab. 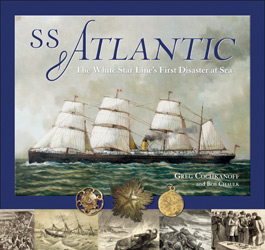 The SS Atlantic was lost in 1873, almost 40 years before the iceberg infamy of Titanic, her corporate sibling. Though different in many respects the magnitude of both tragedies, each with great loss of life, commanded world headlines. Author Cochkanoff, an avid diver and recognized authority on Nova Scotia’s underwater heritage, did not live to see publication of his painstaking research and largely complete manuscript. Today, the book is considered the most comprehensive account of SS Atlantic and her fate. The softcover volume is replete with superb drawings from the day, early photographs and many artifact images, all from Cochkanoff’s extensive collection. The wreck site near Halifax makes a good dive. So does this book.

Breatheology: The art of conscious breathing
By Stig Åvall Severinsen

A four-time world champion free diver, the author contends most of us breathe inefficiently and less energy is the price we pay. In our fast paced world, he says, people aren’t conscious of their poor breathing habits. Solution: become aware of your breathing and learn to breathe efficiently. Each chapter of his book contributes to an expanded knowledge of breathing technique. He leads readers through a discussion of restless breathing, considering stress, thought control and diet. He moves on to normal breathing and habits. Successively, he takes us into the realm of trained, sustained, powerful, therapeutic and soothing breathing. Throughout, various forms of exercise are recommended. A good mind and body ‘how to’ for any diver and also check out www.breatheology.com

This 700-page softcover volume covers the bases and then some. In the preface the author explains the reason for a second edition: because rebreather use is growing and expanding into the wider field of recreational use. Some newcomers to our sport are choosing to train directly on rebreathers, bypassing open circuit instruction. Through 14 chapters Bozanic dives into the details, beginning with a consideration of the question: why rebreathers? Methodically, he addresses the history, the gear, physics, physiology, theory, and then walks the reader through dive preparation, techniques and important information about post dive requirements and gear maintenance. Emergency procedures discussed at length. Appendices occupy about half the book, providing useful reference that covers dive tables and a wealth of information for users of specific rebreather units on the market today. A useful volume for anyone getting into rebreathers.

Waterlust of a Canadian Artist

Canadian Artist Grace Marquez captures the essence of what it is to be submerged Words by Robert Osborne Diving can be a very personal, almost intimate experience. Perhaps it’s …

What it Takes to Shoot a Feature Film

By Jill Heinerth Gliding along with the precise synchronicity of a flight demonstration team, scuba divers piloting radical-looking scooters maneuver into the frame. As viewers we are transformed, drawn …

The Magic of Artificial Reefs

By Howard Robins and Richard Wall For end-of-life ships, a new life starts at the bottom of the ocean. Artificial reefs take marine vessels and convert them to living incubators for …