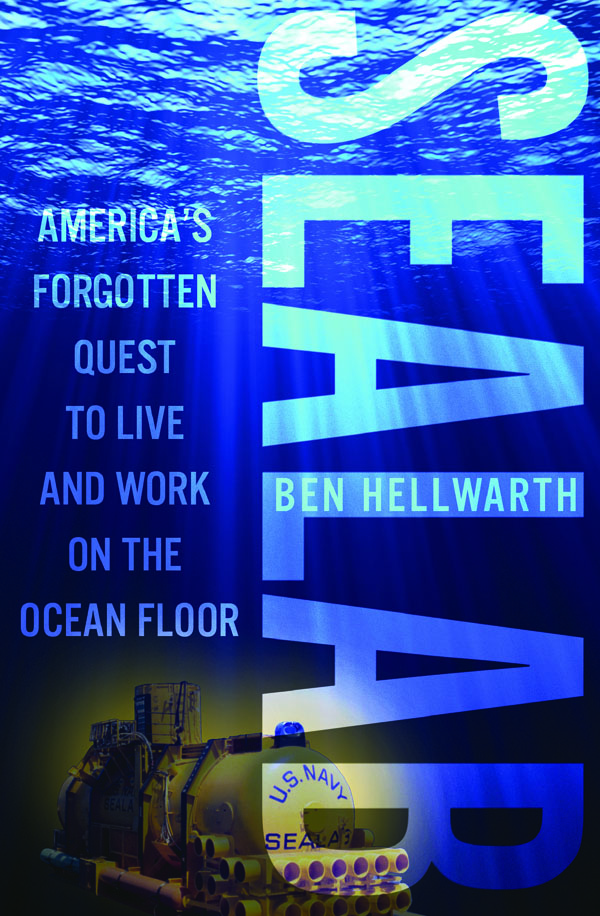 SEALAB is the Right Stuff for inner space, a story of how a U.S. Navy program sought to develop the marine equivalent of the space station and in the process forever changed man’s relationship to the sea.

While NASA was trying to put a man on the moon, the U.S. Navy launched a series of daring experiments to prove that divers could live and work from a seafloor base. When the first underwater “habitat” called Sealab was tested in the early 1960s, conventional dives had strict depth limits and lasted for only minutes, not the hours and even days that the visionaries behind Sealab wanted to achieve and which they needed for purposes of exploration, scientific research, and to recover submarines and aircraft that had sunk along the continental shelf.

The unlikely father of Sealab, George Bond, was a colourful former country doctor who joined the Navy later in life and became obsessed with the unanswered questions: How long can a diver stay underwater? How deep can a diver go?

Sealab never received the attention it deserved, yet the program inspired explorers like Jacques Cousteau, broke age-old depth barriers, and revolutionized deep-sea diving by demonstrating that living on the seabed was not science fiction. Today oil rig divers and Navy divers rely on methods pioneered by Sealab.

Sealab is a true story of discovery by heroic men unafraid to test the limits of physical endurance to conquer the undersea frontier. It’s also a story of frustration and a government unwilling to risk underwater what it did in space.

Ben Hellwarth, a veteran journalist, interviewed participants from the three Sealab experiments and conducted extensive documentary research to write the first comprehensive account of one of the most important and least known experiments in U.S. history. His compelling narrative covers the story from its scrappy origins in

Dr. Bond’s Navy laboratory, through harrowing close calls, historic triumphs, and the mysterious tragedy that brought about the end of Sealab.

Finish divers Eelis Rankka, Tommi Salminen and Jukka Pelttari made this stunning video in lake Saarijarvi, Finland. Over the last few weeks the video has popped up on every …

From documentary maker to documentary subject, Mike deGruy’s wife and filmmaking partner continues her husband’s legacy with her new film Dive Deep: The Life and Times of Mike deGruy …