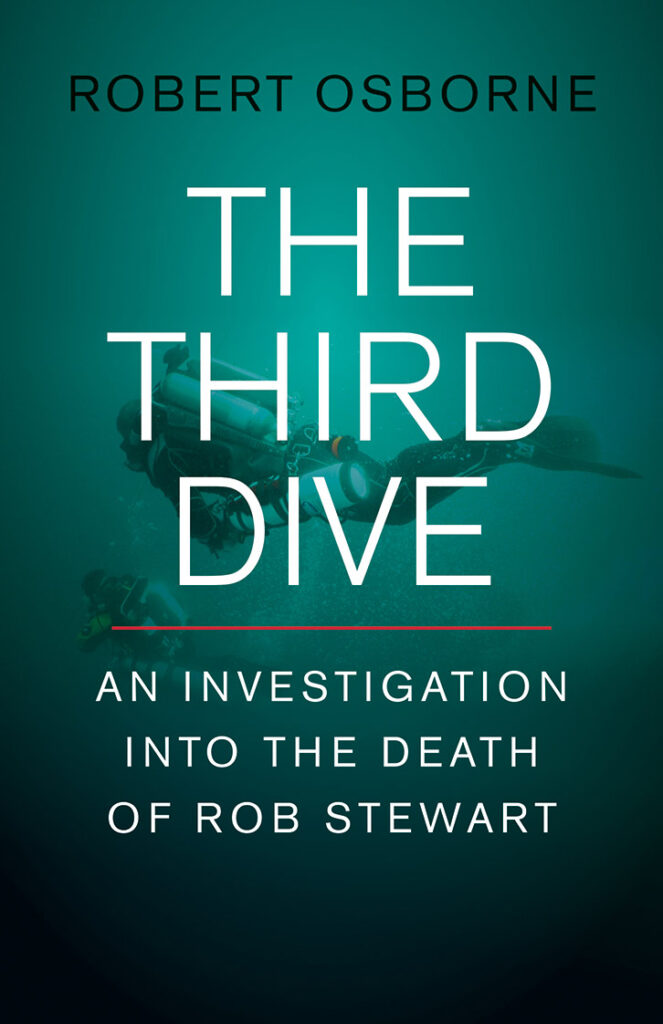 Based on the provocative film documentary of the same name, The Third Dive – An Investigation Into the Death of Rob Stewart investigates the shocking death of a world-renowned conservation activist. When experienced diver and award-winning filmmaker Rob Stewart (Sharkwater and Sharkwater: Extinction) drowned while diving off the coast of the Florida Keys in 2017, it was a shock to the world’s environmental movement.

Reports suggested that Stewart was encouraged to perform a dangerous and ultimately fatal dive by a reckless Svengali-like instructor named Peter Sotis. Some bloggers went so far as to report that Sotis survived the dive by clawing his way onto the boat first, leaving Stewart to drown. A civil case was launched which directed blame at Horizon Divers, the company that had taken Stewart out on the dive. The allegation was that they had not done their jobs properly and left him to die in the water.

Through interviews and investigative reporting, The Third Dive is a compelling read that attempts to uncover the mysterious and disturbing circumstances surrounding Rob Stewart’s untimely death.

“When Rob Stewart stepped on board my ship Ocean Warrior in 2002 I saw a man driven by three things: science, adventure and a deep love for things that many people saw as dangerously dark monsters. It was Rob’s daunting ambition to change the world’s view of sharks. He wanted us to see what he saw – beauty, mystery, and in his own words, perfection. Fifteen years later, thanks to his skills as filmmaker and storyteller, combined with his courage and expertise as a diver, he realized the fruition of his quest when he succeeded in changing the world’s perception of sharks. It was a conservation crusade of passion for which he sacrificed his life. I participated in the search that found his body on the seafloor, an event out of which rose questions, mysteries and conspiracy theories. Robert Osborne set out to find answers, and in this book The Third Dive we now have a conclusion to the life story of one of the great heroes of marine conservation.” — Captain Paul Watson, founder of the Sea Shepherd Conservation Society

Back on Bonaire: Rediscovering Diver’s Paradise as a Father

“I shouldn’t have put the snake I’d captured into the pocket of my Toughskins blue jeans.”  From the first line of his book, Back on Bonaire: Rediscovering Diver’s Paradise …

Book: The Secret of Rosalita Flats

Caribbean Humor Novel Returns Readers To The Quirky Side Of Paradise Most people dream of being stranded on a tropical island. But down-on-his-luck Cal Batten just wants to sell …