Book: The Secret of Rosalita Flats 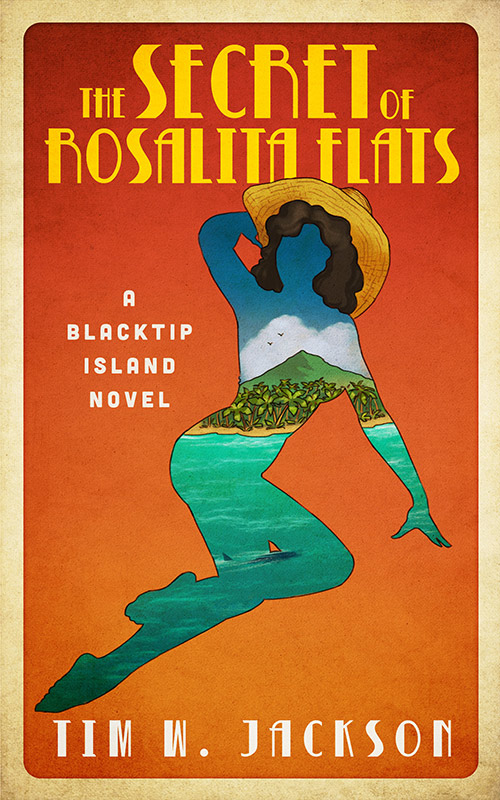 Caribbean Humor Novel Returns Readers To The Quirky Side Of Paradise

Most people dream of being stranded on a tropical island. But down-on-his-luck Cal Batten just wants to sell his dad’s ramshackle, football-shaped house, fly home and pay off his creditors. Unfortunately for him, nothing on Blacktip Island goes smoothly, and if he can’t figure out what illegalities his old man was mixed up in, fast, he may end up stuck on the island, broke and homeless.

That’s the hero’s predicament in The Secret of Rosalita Flats, the comic follow-up to the award-nominated Blacktip Island from multi-agency scuba instructor Tim W. Jackson. The novel returns readers to the fictional Blacktip Island, and is an irresistible comic mystery for anyone who’s ever dreamed of trading the rat race for a carefree life of hammocks and palm trees.

“The Secret of Rosalita Flats is a Northern-Exposure-meets-Margaritaville comedy,” Jackson said. “The land mass is fictional, but the setting and characters will resonate with anyone who’s spent time on a small, tropical island. People can’t go diving right now. They can’t fly to the Caribbean. But with this book they can escape to the tropics for a dive in their minds, and hopefully have a laugh in the process.”

The locals are quirky: A handyman who claims he can see the future; a housekeeper who refuses to be fired; a resort manager who thinks he’s an avenging angel sent to keep folks on the straight-and-narrow; a beautiful ex-best friend who might just drown Cal if she gets the chance; and someone—or something—that might be an island tall tale come to life to scare him away from the place.

Alex Brylske said, “The book’s accurate and well-described scuba information will appeal to divers. Non-divers, too, will be entertained by the descriptions of the undersea environment and a suspenseful plot. I couldn’t put it down until the end!” Jill Heinerth, author of Into the Planet – My Life as a Cave Diver said, “Tim Jackson takes readers on a vividly-described mystery full of intrigue, scuba and odd characters that can only be found in a quirky tropical paradise.” Dive Training’s Jerry Beaty said, “The book had me on the first chapter! Next thing I knew I was nine chapters in before I looked up!”

The novel draws on Jackson’s 20 years working as a boat captain and scuba instructor in the Cayman Islands.

Before moving to the Caribbean, Jackson worked as a journalist in Florida for a decade, then earned a master’s degree in creative writing from Southern Methodist University.

The Secret of Rosalita Flats is available at local bookstores as well as at online booksellers in hardbound, paperback and ebook editions.

Diver Ian Churchill puts his artistic talents to the test with MARINEMAN, a new superhero whose underwater exploits showcase diving and the ocean environment. Can Dr. Steve Ocean save …

The last issue of 2013 has just rolled off the printers and it looks fantastic! Volume 39 Issue 1 will be hitting subscribers over the next week or two …

Martin Edge’s Fifth Edition has been ten years in the making, and is better than ever. Words by Michel Gilbert & Danielle Alary In our review of the Fourth …