Most divers won’t descend below 130 feet (40m) though diving deeper is very appealing to many of us, myself included. It opens up new territory: deeper wrecks, caves, walls, blue holes, and for others it’s a way to conduct research or make a living. But for some it’s all about the challenge.

Just how deep can a human descend into the ocean? What are the physical and mental limitations for deep diving?

Director Laurent Mini has dived (bad pun intended) into the life of Pascal Bernabé, a French deep diver and current record holder. Pascal is a man who seems tough as houses, a man familiar with extreme cave diving and pushing the limits, but with a wry smile and and relaxed attitude that’s typical of the French.

A strength of this film, however, is that Pascal is not portrayed as casual or as some kind of gung-ho diver so much as a normal human being fearful and apprehensive about his deep dive record attempt. In fact, as the film progresses so does his fear.

The documentary paints an interesting picture of Pascal, examining his entry into the diving life and the origin of his interest in attempting a world record deep dive. We follow his relationship with friend and dive buddy François Brun, through medical and training examinations, years of planning and eventually the dive itself. For 52 minutes we follow Pascal’s attempt to become the deepest scuba diver alive, his objective being to reach the incredible depth of 1,082 feet (330m).

The film offers insight into the history of deep diving with a focus on the record breaking saturation dives at Comex during the 80s and 90s. Non divers are introduced to the perils of deep diving and the sickness that can result. As director Mini builds the tension even those of us who are divers come to better appreciate the extreme nature of this record attempt.

We learn about the 2001 one record attempt by John Bennett complete with alarming detail of such an attempt. The drama gets cranked up a notch from this point, as we see Bennett’s dive unfold and the physical and mental challenges he faces.

Footage from Dave Shaw’s 2005 descent to recover the body of Deon Dreyer at 890 feet (271m) inside a cave is flat out chilling; it’s one of the film’s most dramatic moments.

The final third of the film focuses on Pascal’s dive. He descends to his target depth of 1,082 feet (330m) in a matter of minutes and slowly ascends to the surface over eight hours, with a burst ear drum and in severe pain. Mini is on board the dive support boat and he has cameras in the water recording every move. The sense of relief upon completion far out weighs the sense of accomplishment. An interesting twist to any record attempt.

Laurent Mini’s documentary is a must for all divers. In an age where documentaries are made for an MTV audience, with thumping soundtracks and frantic editing, it is great to finally see a well made, well shot, well produced – and serious – look into diving. The film is well paced, with some very tense scenes and unique character insights into what people attempt these dives.

Pascal’s candor about his fear adds a very human dimension to the story. He is painted neither as an extreme sports hero nor a record breaker, merely a man on a mission to test his abilities and prove to himself what is possible.

Deeper is a very entertaining and interesting film. Divers and non divers will find it a unique insight into man’s need to push the limits of mental and physical exertion.

Deeper is highly recommend by DIVER magazine and is available on DVD, Bluray or for digital download, in original French or English dubbed versions. 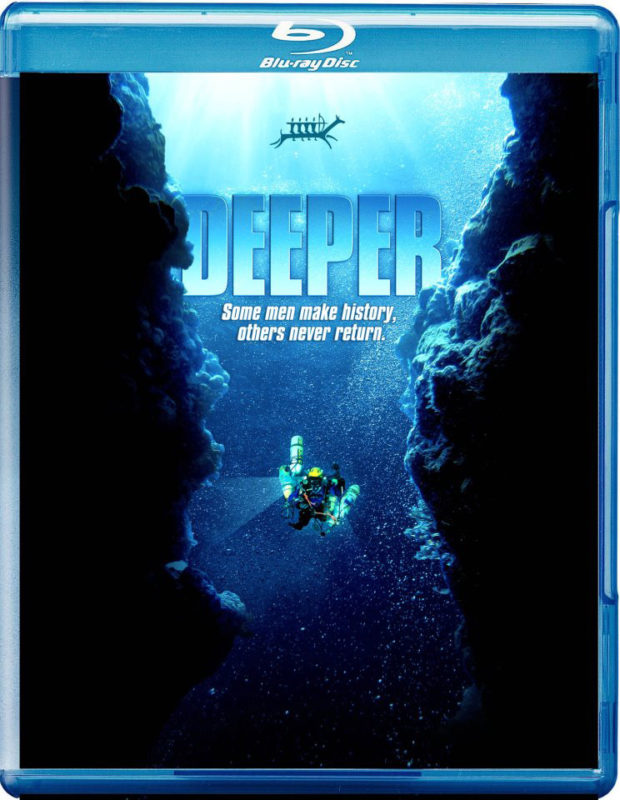 Words by Vic Verlinden Despite bad weather, entanglement hazards, and a deteriorating subject (not to mention a pandemic), a dedicated team continues to document this historically important wreck off …

Christian Miller sat down with DIVER to talk about his new book Ella’s Adventure.  Did you always want to become a children’s book author? No, this was absolutely not …