Rewriting the history books with the Diving Almanac 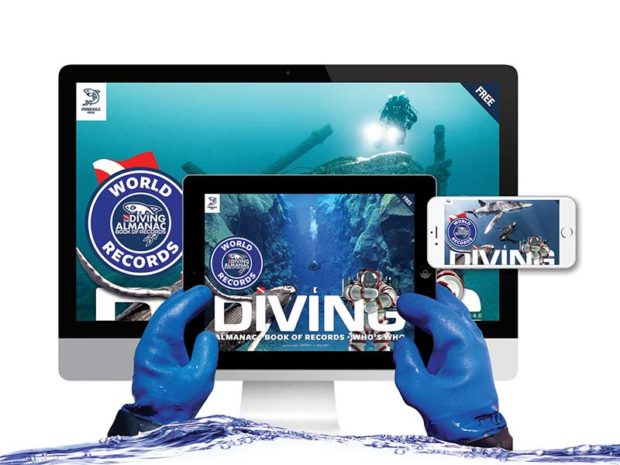 The Diving Almanac is the ultimate authority on diving exploits and history, but what’s the story behind the stories? By Jeffrey Gallant

I was dreaming of overnight success… Reality struck at my first DEMA Show where I met veteran publisher Rick Stratton who looked me straight in the eye and said: “No matter how well it goes, DO NOT quit your day job!” In retrospect, it was good advice.

It was 2004, when after more than a decade of writing for DIVER, I thought to myself, “Wouldn’t it be fun to write my own book!” I had briefly pondered starting my own magazine but DIVER was establishing itself as a continental powerhouse and I didn’t have the means or the chutzpah to compete on Phil’s turf. It finally hit me while I was writing a story on freediving records. What was missing was a repository of information where divers could instantly access a reliable compendium of diving records, diving history and the people who made it all happen. After months of planning to lay the groundwork, and buoyed by my youthful spirit of invincibility, I went on sabbatical to write the first almanac and records book for divers.

Despite my background as a writer, teacher, and researcher, I quickly realised what a daunting task it would be. At the time, there was very little information available on the web so much of what I uncovered came from my extensive book collection. I sifted through thousands of pages of often-conflicting stories to compile a history of the accomplishments and milestones of the diving community.

Writing the manuscript was but the tip of the iceberg. For the neophyte that I was then, the world of self-publishing was like walking blindfolded through a mine-field. Digital publishing was still in its infancy so the printer was flabbergasted when I rendered the 500-page first edition to PDF from a single MS Word document. It was one of many lessons learned the hard way. Note to self: hire a graphic designer. I also learned first-hand how much preparation and work goes into tending a booth at trade shows and how exciting it was to meet many of the people that I had written about in the Who’s Who, including such icons as Hans and Lotte Hass and the ever-ravishing Zale Parry. I even traded books with Stan Waterman at the Florida Dive Show. On the next morning, he jokingly chastised me for keeping him up late because he “couldn’t put the book down.” Although all three print editions from 2007 to 2009 were highly praised, promoting the book was nonetheless difficult. Facebook was nowhere near as popular as today and magazine ads were simply too expensive for our fledgling company. Despite an all-out sales and distribution effort by Rosemary Lunn and Warren Miller, and the incessant work by my closest associate and mother, Patricia Hay, we could barely break even after three years. The economic slowdown and the emergence of digital publishing ultimately forced me to terminate the print edition. I took a breather to rethink the book and focus on my shark research career, which had been left aside for too long. The Diving Almanac, however, was still alive and very much in my mind, so I soon partnered with computer wiz Blaise Barrette to offer key chapters of the book online, namely the diving records and Who’s Who. The website was initially popular but after a few months, readers were writing in to express their disappointment in the format which did not allow them the enjoyment of browsing through the book.

By 2014, and with my science projects well underway, the Diving Almanac came back to the forefront once again. As a teacher and a scientist, I believe that knowledge is meant to be shared, hence the information that I had worked so hard to compile just had to be made available. I decided to offer the book as a totally free document that every diver could download to a computer or mobile device. I now do the graphic design and layout myself, many of the photos are my own, and there are no longer any cost-prohibitive printing and shipping fees. The free book is funded solely by adverts targeting a world audience, since our readership, scope and reach are now truly international.

While many people still love the feel of holding a book in their hands, the ebook combines the best features of a print book and website, such as browsing from page to page and using a search engine to instantly find specific information. The book’s three chapters, (1) Diving Records and Aquatic Superlatives, (2) Diving History, and (3) Who’s Who, are exclusive to the Diving Almanac, i.e., you won’t find most of this information in any other single publication or website, including the granddaddy of all record books, Guinness. The records chapter presently showcases over 600 feats and firsts by humans, machines and animals. The history chapter chronicles 6,000 years of underwater exploration, warfare and innovation, while the Who’s Who presents over 600 individual profiles from around our blue planet. All three chapters are rigorously crosschecked to ensure absolute coherence. If you are looking for the world’s deepest diver, fish or submersible, they’re all here.

Social media has dramatically increased the visibility of the new digital edition. At the current rate, the Diving Almanac will have been downloaded 20,000 times by the end of its first publishing year in January. As a result of its popularity, many readers have informed me about new record attempts and past events that have received little or no recognition elsewhere. Alas, many of these claims come short on supporting evidence. Just because you can’t find a record during a Google search doesn’t mean it hasn’t already been done. In fact, lots of people would be surprised to know how many records set half a century ago aren’t available online… except in the Diving Almanac! Try to look up even the most obvious of records, such as the deepest dive by a human and you will obtain conflicting answers that are usually out of date. Making sure your record attempt is indeed novel should unquestionably be established before you solicit sponsors and make the announcement. When in doubt, consult the Diving Almanac or contact us and we will gladly establish the validity of your event or suggest variations to ensure it is indeed record-setting.

So many of today’s leading divers owe their very lifestyle or career to the hard work and determination of long forgotten pioneers who made amazing discoveries and inventions without the knowledge and tools that we take for granted today. Dozens of these unsung heroes who died before the advent of the Internet have been brought back into the spotlight to take their rightful place alongside current day explorers and inventors in our one-of-a-kind Who’s Who.

The Diving Almanac’s Who’s Who includes world celebrities and locally-known champions from all parts of the world; people who have made a genuine effort to further the cause of underwater exploration and conservation out of the spotlight and with more limited means, but with no less of the passion that has driven the greatest and most famous of us all. Although it is the least-graphically illustrated chapter in the book, take the time to read through the Who’s Who and you will meet some extraordinary people of all stripes and walks of life, who just may inspire you to carry on where they left off. The profiles may be short, but every individual went through the same gamut of emotions, hardships, second-guessing and the euphoria of success. Reading their profiles is like taking a stroll through time, where you can see how far we have come as a community and how it all started long before the era of computers, digital cameras, crowdfunding or Facebook. The Who’s Who, which is entirely devoid of partisanship or industry affiliations, is proof that we can all make a difference no matter where and how often we dive.

The Diving Almanac celebrates the achievements of a unique group of people that share a passion for underwater adventure and discovery. The book is a stage and tribune for all divers, regardless of nationality or association, to share their sporting, scientific and technological endeavours, and to marvel at the incomparable feats of our sea-dwelling animal brethren that we so love to emulate. Whether you are a sport diver, a diving professional, or if you need to partake in occasional name-dropping, this is the book for you. 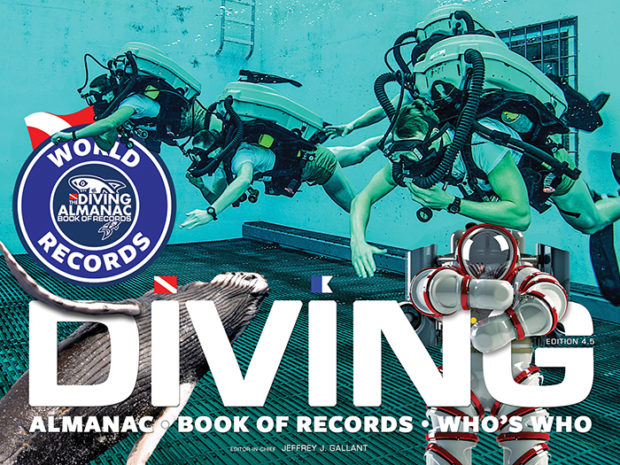 DIVER magazine continues to evolve and and offer more to our readers than ever before.  If you subscribe to our print edition you will now pay just one low …

Words by Michael Menduno DIVER sits down with an industry pioneer to talk the origins of modern freediving, nine-foot tall blue aliens, Tom Cruise, and the evolution of mixed …