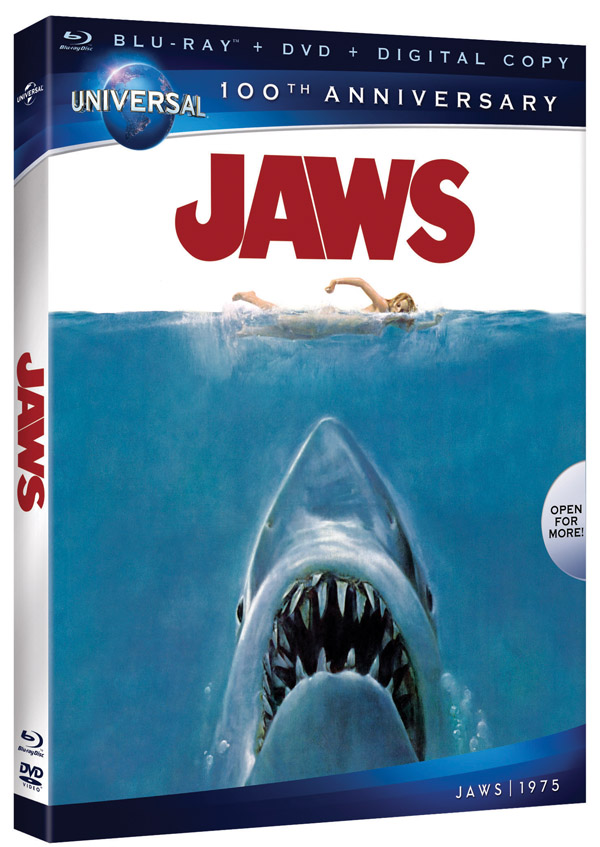 1975 was a good year. A movie ticket cost $2 and that summer Universal Studios released Steven Spielberg’s JAWS, which quickly became a big screen blockbuster, filling movie houses around the world, scaring the pants off everyone and convincing divers everywhere to pay more respect to the man in the grey suit – even if they did leave the theatre appreciating the entertainment for the fine fiction it was.

Preceding the movie’s release by just a few months – in March to be precise – there was another notable debut in the world of underwater entertainment, and that was the very first issue of this most excellent magazine. It was called Pacific Diver and Underwater Adventure and in no time it went national as DIVER. And the rest is history. But it would be in poor taste to go on about ourselves when the spotlight is shining on ‘Bruce’, that most malevolent of menacing mechanical sharks.

JAWS returns August 14, for the first time ever on Blu-Ray, but that’s not all. The iconic summer flick is one of 13 classics digitally remastered and fully restored from original film stock as part of Universal Studios’ 100th anniversary celebration. The flick is back with every visual and audio upgrade Hollywood can muster and for true blue fans, it will be every bit the edge-of-your-seat nail biter it was 37 years ago.

The movie, or more accurately, the Blu-Ray combo pack that goes on sale mid August, is full of good stuff for casual movie buffs to hardcore film fanatics circling at the top of the celluloid food chain. You get the DVD, of course. As well, a digital copy of the film compatible with iTunes®, iPad®, iPhone®, iPod™ touch and Android devices, is included for a limited time. And there’s also an UltraViolet™ copy for the cloud (USA only at this time), to download and stream instantly to computers, tablets and smartphones. So you get to enjoy the movie anytime, anywhere on the platform of your choice.

The bonus features include an all new documentary titled The Shark is Still Working: The Impact and Legacy of JAWS. Feature length, this doc presents never-before-seen footage and interviews with cast and crew including Steven Spielberg, Richard Dreyfuss and Roy Scheider. More than four hours of additional content also includes:

For anyone reading this and wondering what all the fuss is about, it should be said that this ‘Best Picture’ Academy Award nominated film was arguably one of the most influential movies of all time, setting the standard for suspense and, having quickly become a global pop culture phenomenon, forever changed the movie industry. It smashed box-office records and became the highest-grossing film of its era, earning the young Spielberg a reputation as a Hollywood visionary.  Today, it remains one of the highest-grossing films in motion-picture history (adjusted for ticket price inflation) and is largely considered the film that launched the summer blockbuster.

The basic plot finds the laidback (but dependent on summer tourists) seaside community of Amity under attack by a dangerous great white shark. The town’s chief of police (Roy Scheider), a young marine biologist (Richard Dreyfuss) and a grizzled shark hunter (Robert Shaw) embark on a desperate quest to destroy the beast before it strikes again. The film’s fear-inducing score earned composer John Williams an Oscar and is one of the most memorable in film history.

Over the course of several months, skilled technicians at Universal Studios Digital Services meticulously restored JAWS balancing colour, removing dirt and scratches, and repairing any damage to the film elements shot by shot and frame-by-frame. Then the Universal Studios Sound team up-mixed the iconic JAWS soundtrack to DTS-HD Master 7.1, optimizing the sound on the Blu-RayTM for the latest home theater technology. The entire restoration process was conducted in conjunction with Steven Spielberg and Amblin Entertainment’s post-production team to ensure the integrity of Spielberg’s original vision remained intact.